Hello! My Name Is:

I go to Taonga School and am currently in Grade 1. I am 8 years old, and I love soccer! 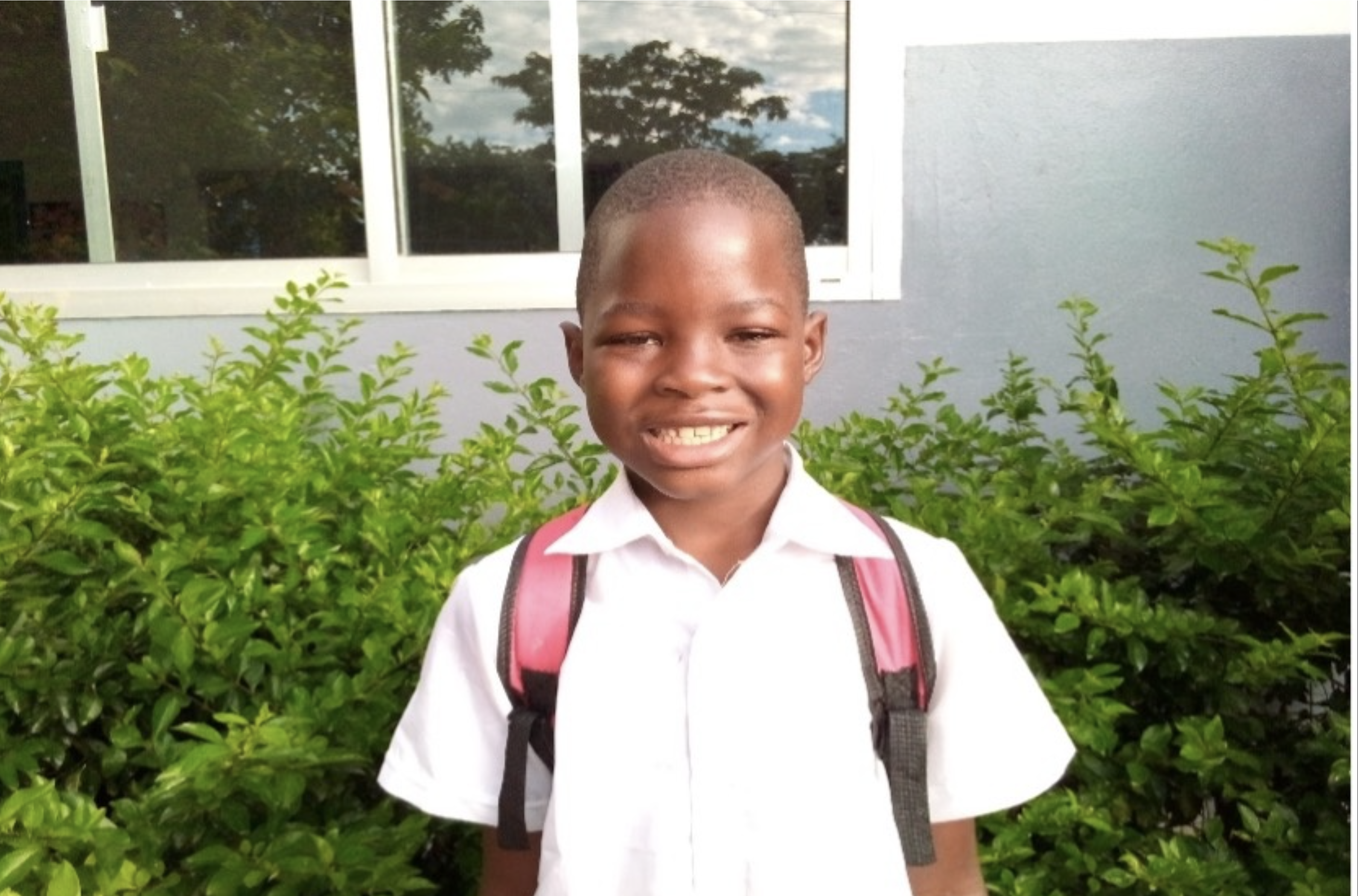 Wilford’s favorite color is blue, and his favorite meal is nshima with chicken. His favorite fruit is oranges, but he also enjoys eating the mangos his mother sells. Wilford loves to play soccer with his friends. His favorite position to play is as a defender. When he is not playing, Wilford also loves to watch soccer, and his favorite football club is Barcelona. Wilford is a huge fan of Luis Suarez and Bruno Fernandes, and he says those are his favorite soccer players. When he grows up, Wilford wants to join the military because he admires how courageous soldiers are.